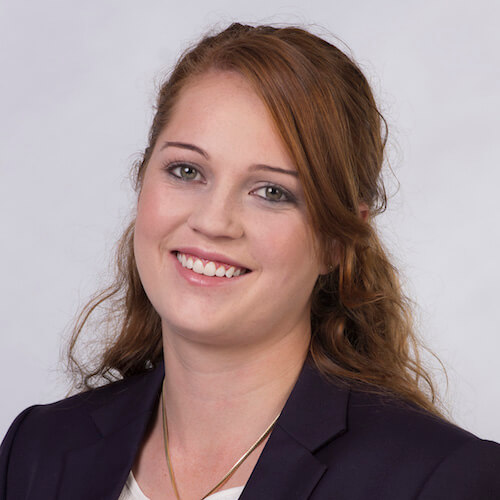 Nikki joined the Mid West Funerals team in 2014 after being inspired by the support Faye Blanchard (Nikki’s grandmother) provided grieving families. Since then, Nikki has immersed herself; attending dozens of training and education events and speaking to communities about grief and the important emotional role of quality funerals.

More recently, Nikki joined the Geraldton Cemetery board where she advocates for enhanced community services and is currently playing a key role in the digitisation of cemetery information for the public.  Nikki is also the Senior Vice President of the WA division of the Australian Funeral Directors Association and has been involved on with the association since 2008. Here, Nikki is a leader in governance and standards for the industry.

When she’s not working, Nikki and her husband are renovating their little apartment. She can also be seen on the hockey field in Geraldton; playing for Yacht Club.